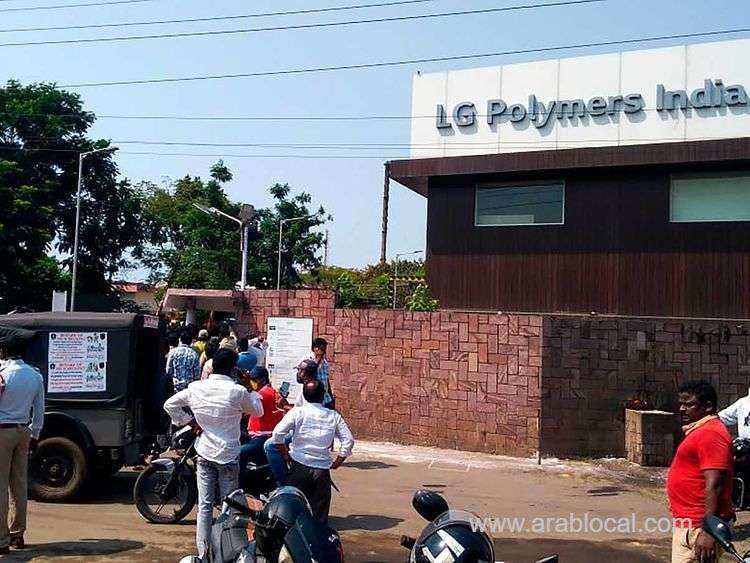 More than a 1,000 people in five surrounding villages, in a 3km radius, have been reported sick.
A chemical gas leaked from an industrial plant in southern India early Thursday, leaving people struggling to breathe and collapsing in the streets as they tried to flee. At least eight people were killed and nearly 1,000 suffered breathing difficulties and other reactions.

Administrator Vinay Chand said several people fainted on the road and were rushed to a hospital in Vishakhapatnam, a city in Andhra Pradesh state. The dead included an 8-year-old girl.

More than 120 people from villages have been taken to hospitals following a suspected leak of styrene gas at the plant, the official told Reuters.Panic struck in surrounding areas following a suspected gas leak in a chemical factory in the R.R. Venkatapuram village in Andhra Pradesh's Vishakhapatnam. People were seen running helter-skelter.

More than a 1,000 people in five surrounding villages, in a 3km radius, have been reported sick.Chief Minister Y. S. Jagan Mohan Reddy enquired about the gas leak incident in Visakhapatnam and directed the district officials to take every possible step to save lives and bring the situation under control.

Eyewitness said that many people were lying unconscious on the ground.

The incident took place at a polymers unit located in the vicinity of the Naiduthota area near Gopalapatnam.

Police, ambulances, and fire tenders have been rushed to the area to assist in rescue operations.

Efforts were underway to plug the leak.

A statement from the CMO office said , "Due to a massive gas leak from LG Polymers plant in Venkatapuram created panic in the wee hours on Thursday, where many fell ill and being treated at King George Hospital."

The Chief Minister will leave for Vizag and visit the hospital where the affected were being treated.

He is closely monitoring the situation and instructed the district machinery to take immediate steps and provide all help, the statement said.