The Blood Moon was visible around much of the world as the moon moved into the shadow of the earth for the longest lunar eclipse of the 21st century.

The total eclipse lasted one hour, 42 minutes and 57 seconds, though a partial eclipse preceded and followed.

And the Blood Moon coincided with one of the best views of Mars, as the red planet passed close to Earth.

Luckily, you didn’t need to splash out on an expensive telescope to enjoy it, as it was visible to the naked eye.

The next lunar eclipse of such a length is due in 2123. 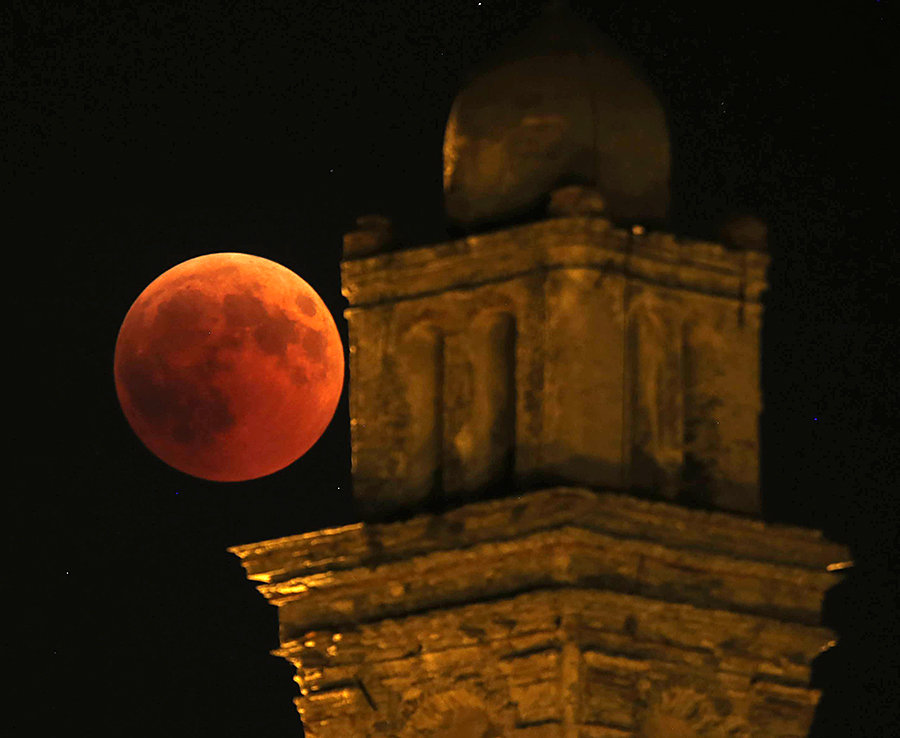 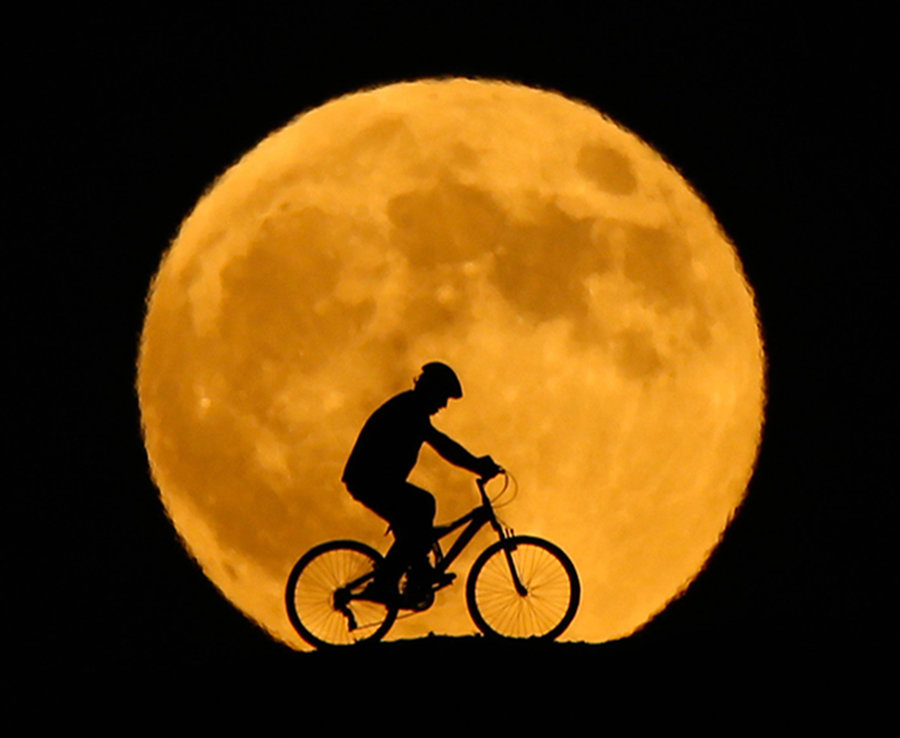 The blood moon has risen above landmarks in Ankara, Turkey.

It has been pictured behind the Anitkabir (mausoleum of Mustafa Kemal Ataturk), and the Kocatepe Mosque.

During a total eclipse, the entire moon is in shadow and it appears blood red. 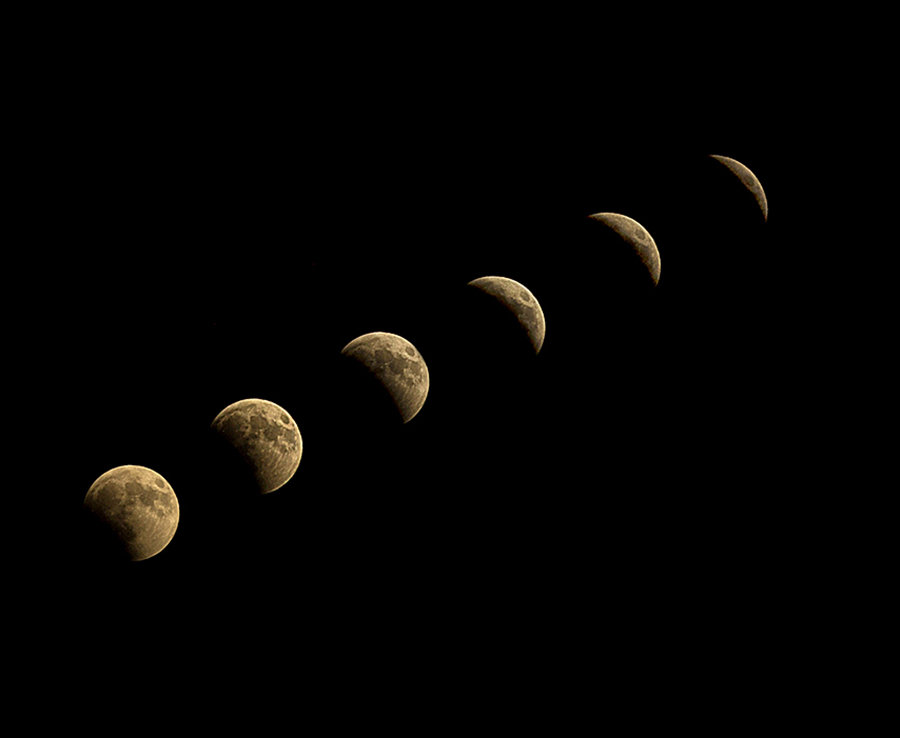 People gather as they wait for the sun to go down and the appearance of the moon in Berlin.

It's a bit cloudy at the moment. 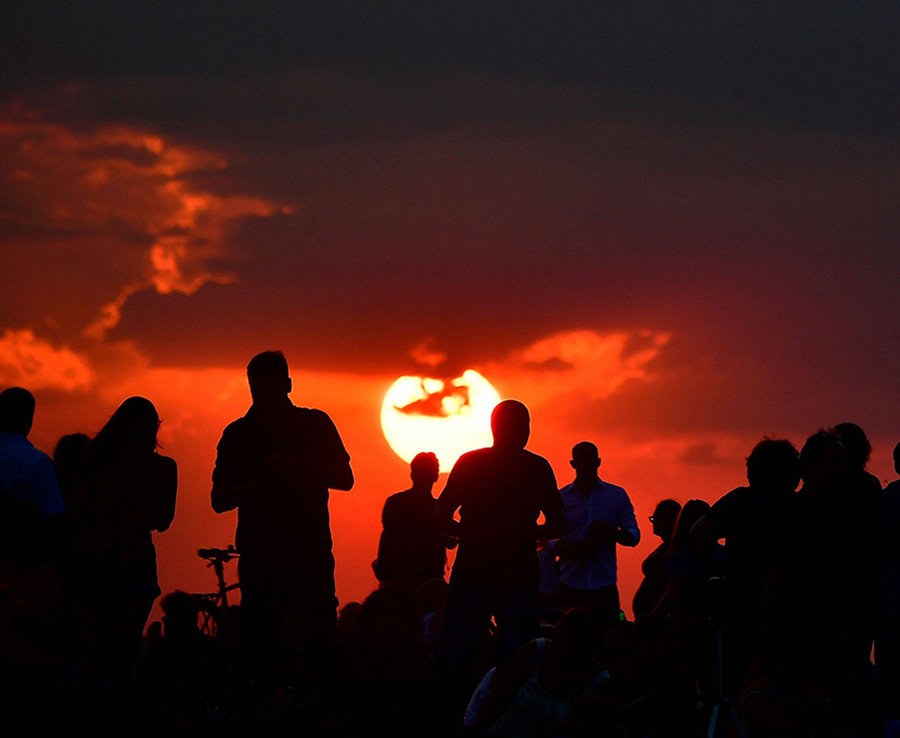 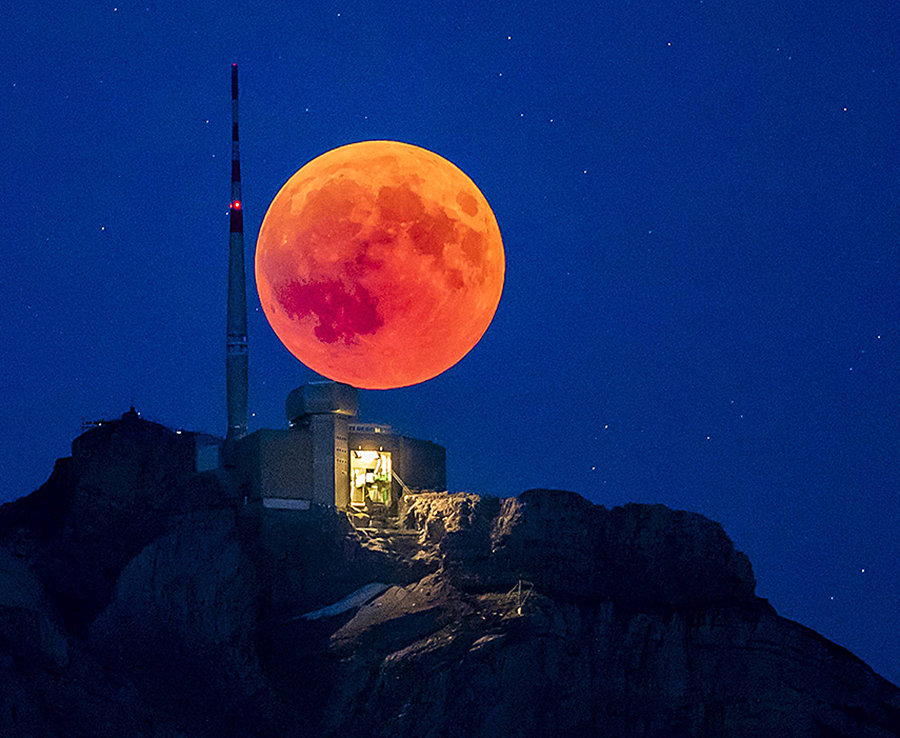 The striking moon has now risen over Cairo, Egypt.

It is seen above high rise buildings, lighting up the sky. 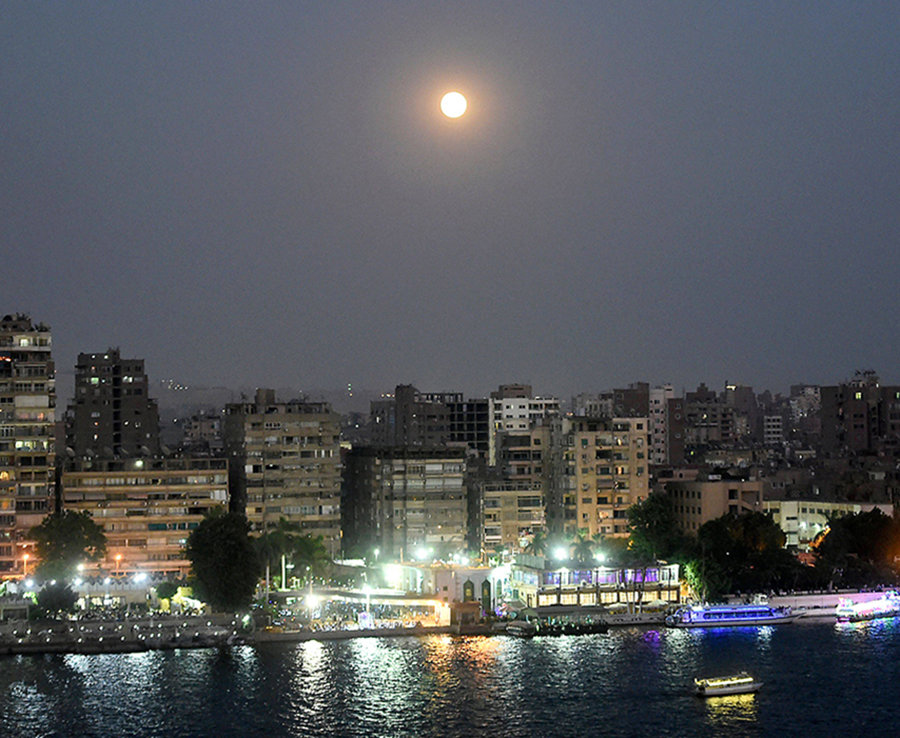 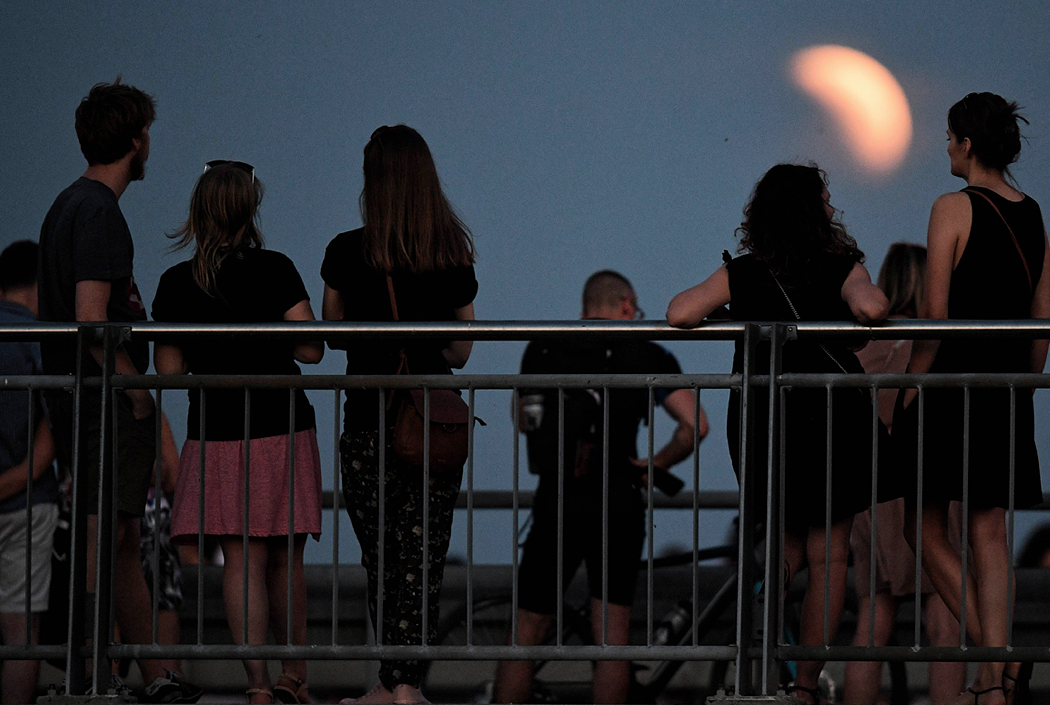 Red moon seen through the Colosseum in Rome

Tourists at the ancient Colosseum in Rome, Italy, were treated to a perfect Blood Moon spectacle.

Captured through an arch, the moon looks like a scene out of a film 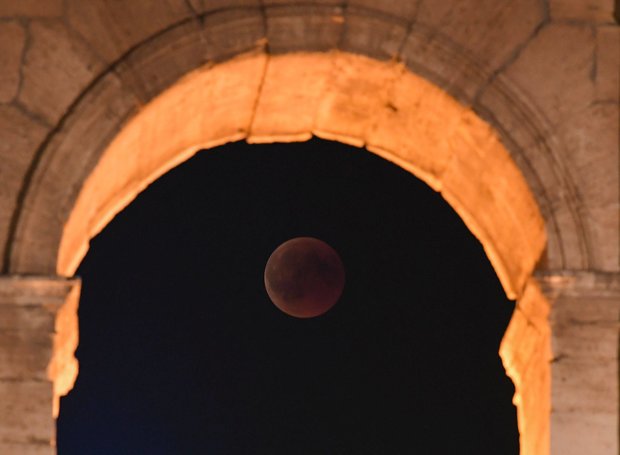 Blood Moon in the sky above Sydney

Aussies were treated to a beautiful sight with perfectly round blood moon in the skies above Sydney, Australia.

The stunning moon can be seen suspended above skyscrapers 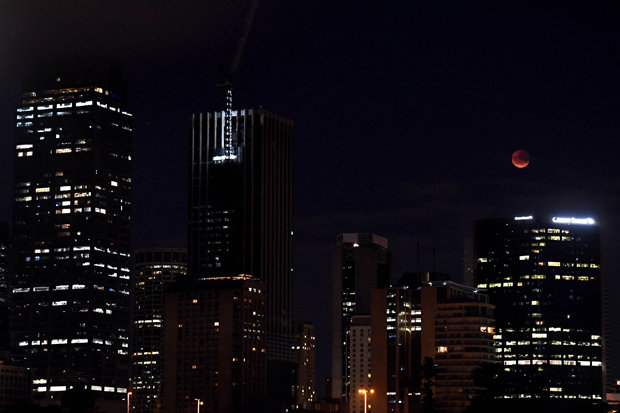 A quite extraordinary scene was captured on camera of the Festung Hohensalzburg castle in Salzburg, Austria.

The red moon can be seen hanging ominously above the magnificent castle.

Festung Hohensalzburg is one of the largest medieval castles in Europe and is situated at an altitude of 506m.

A bright red blood moon is seen behind The Hohenzollern Castle, in Hechingen, Germany.

The photo shows a perfectly round striking moon, contrasting with the jet black sky. 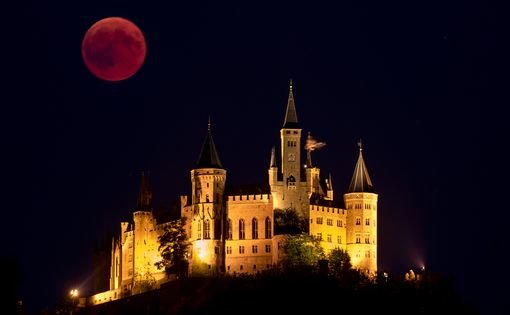 Cloudy skies ruined many Brits' chances of seeing the eclipse.

Groups of hopefuls camped out on Primrose Hill were treated to dark skies with the only light coming from London's skyline. 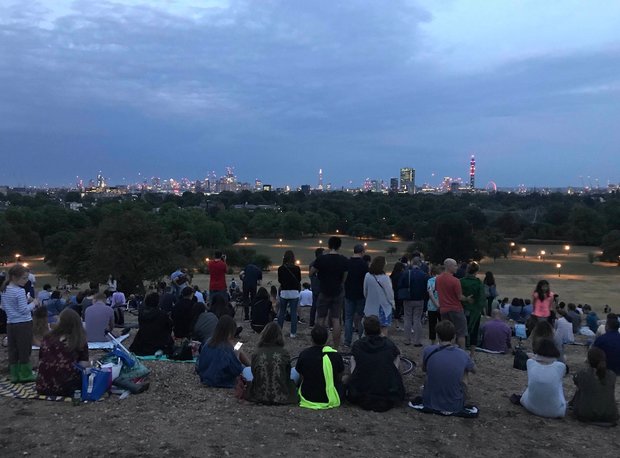 A red moon is seen over a lagoon in Venice, Italy.

The photograph below shows a beautiful scene near the San Giorgio Maggiore island.

The Blood Moon has already dazzled star gazers across much of the world last night. The full moon rose behind the Temple of Poseidon in Cape Sounion, near Athens, Greece.

In a beautiful picture, the Blood Moon appears gigantic in the sky behind the temples. 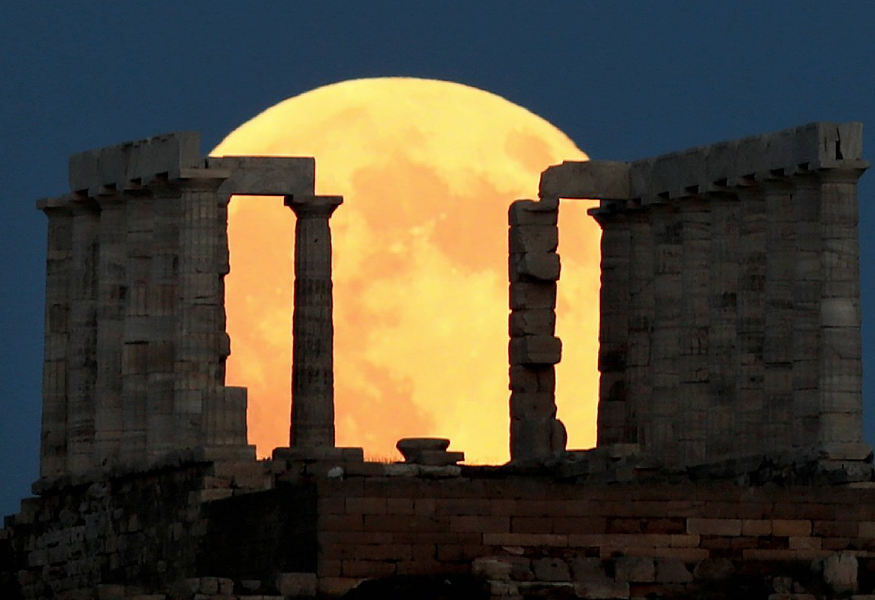 People in Berlin struggling to see the moon behind the clouds 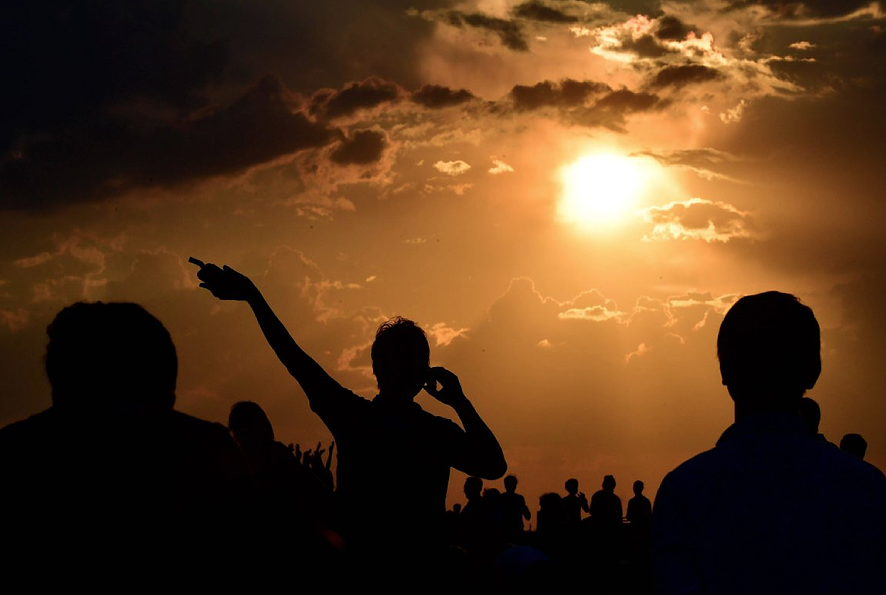 A glowing moon is seen rising near Natanya, Israel.

In the stunning photo below the perfectly round moon appears bright orange, with darker patches 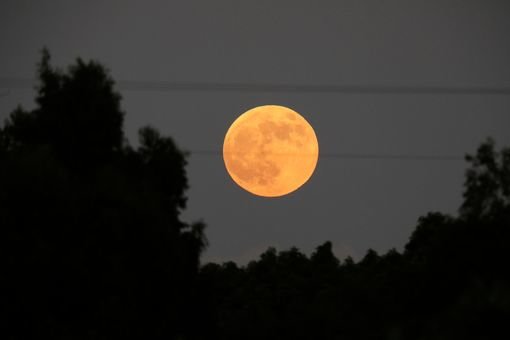 The lunar eclipse has also been spotted in Kenya.

Sharing photographs, one Twitter user wrote: “All the (way) from Turkana County, a special and unique place in the universe. 2014hrs.”

It was also seen rising over Nairobi, the capital.

"This is what life is all about: Magical moments like this," said Teddy Muthusi as he watched from Uhuru Park in Nairobi.

"It's just beautiful. It's well worth it." 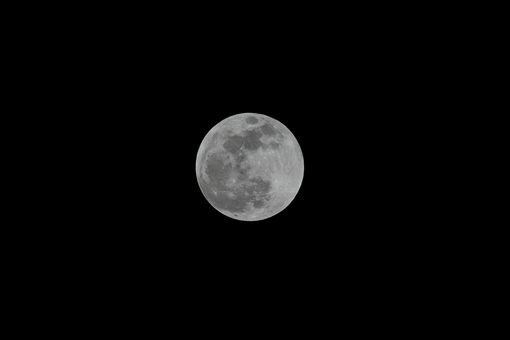 The Blood Moon has made its first appearance in Abu Dhabi, United Arab Emirates.

In an incredible photograph below, it is seen rising behind the Sheikh Zayed Grand Mosque. 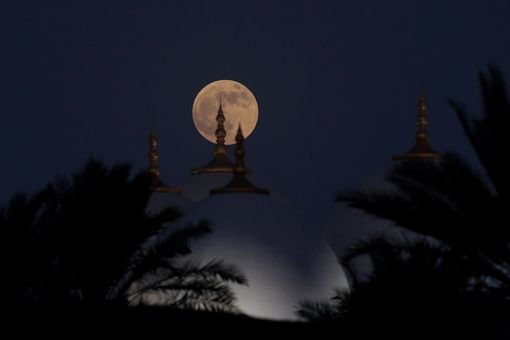 According to astrology experts, eclipses can bring extra insights into people’s lives.

She said that the Blood Moon made people re-evaluate the feelings people have about different friendships in their lives.

And if you’re a Leo or Aquarius, you’ll have felt the greatest impact of the Blood Moon, while Tauruses and Scorpios received some heightened insight, says Page.