Ferring Pharmaceuticals today announced new data demonstrating that its heat-stable formulation of carbetocin is as effective as the current standard of care, oxytocin, for the prevention of excessive bleeding, also known as postpartum haemorrhage (PPH), after vaginal birth.1

Results from the CHAMPION clinical trial, conducted by the World Health Organization (WHO) as part of a collaboration with Ferring and MSD for Mothers**, were published in the New England Journal of Medicine (NEJM).1 This is the largest study conducted in the prevention of PPH with nearly 30,000 women in ten countries.1

Every year, 14 million women are affected by PPH.2 Although most deaths are preventable,3 PPH is the leading direct cause of maternal death worldwide,4 causing approximately 70,000 deaths per year.4 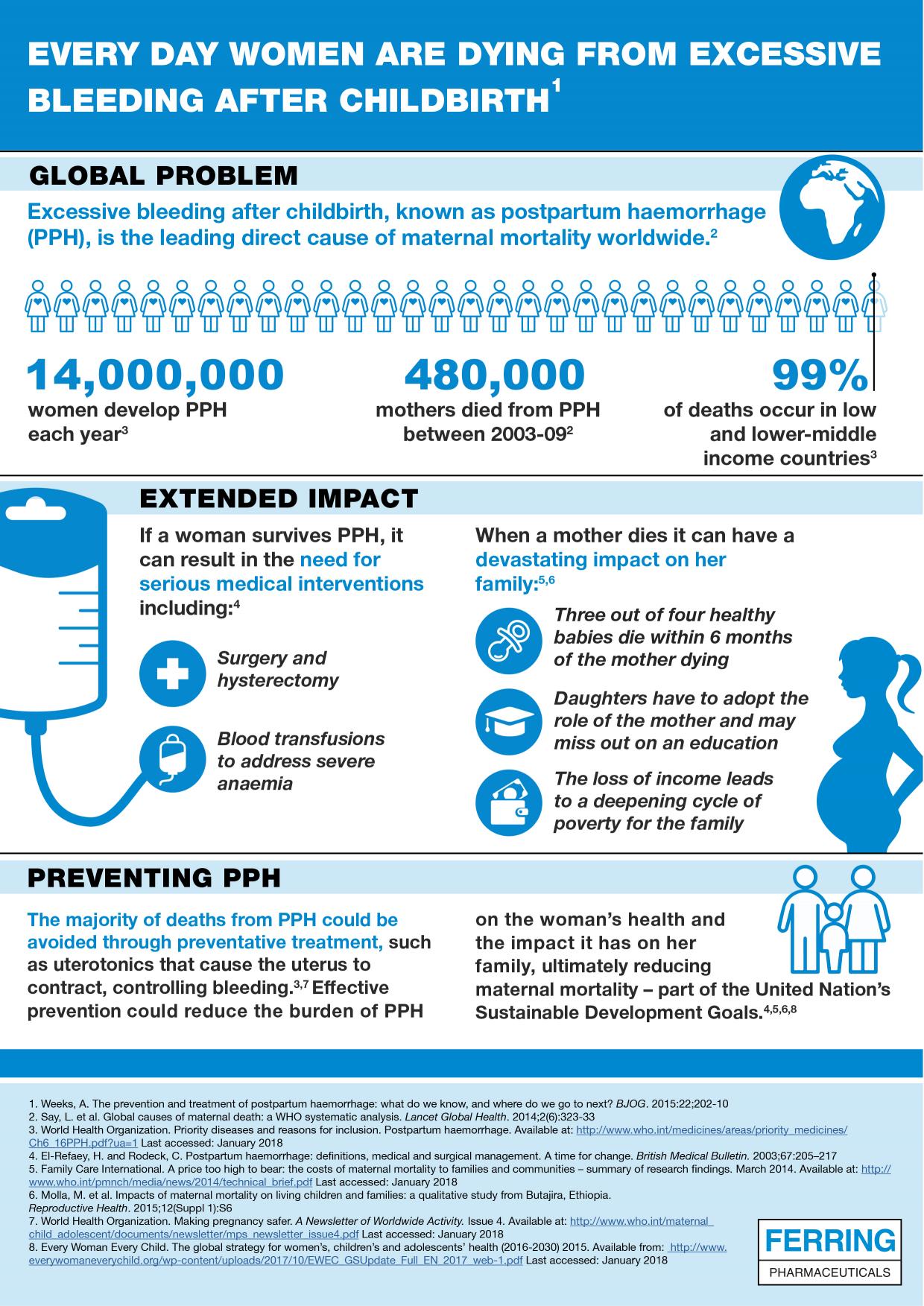 “This is an important step forwards in PPH prevention and these results pave the way for heat-stable carbetocin to potentially save the lives of thousands of women, especially in areas where cold-chain transport and storage is not feasible,” said Professor Klaus Dugi, Chief Medical Officer, Ferring Pharmaceuticals. “We will now work with the WHO and MSD for Mothers to make heat-stable carbetocin available in countries where it is needed most, protecting women and families around the world.”

Researched and developed by Ferring as a solution to address unmet needs in women’s health, heat-stable carbetocin remains effective at high temperatures,5 addressing a significant limitation of oxytocin which must be stored and transported at 2 – 8°C.6,7 Studies in low- and lower-middle income countries have revealed degradation and loss of efficacy in oxytocin ampoules, which could be due to inadequate storage and distribution conditions.7,8 Data show that heat-stable carbetocin maintains effectiveness for at least three years at 30°C and six months at 40°C.5 Heat-stable carbetocin has the potential to save thousands of women’s lives in low- and lower-middle income countries, where 99% of PPH-related deaths occur2 and where the refrigeration of medicines can be difficult to achieve and maintain.6

The CHAMPION trial was conducted by the WHO Department of Reproductive Health and Research including the UNDP-UNFPA-UNICEF-WHO-World Bank Special Programme of Research, Development and Research Training in Human Reproduction (HRP), using Ferring’s heat-stable carbetocin, and funded by MSD for Mothers.1,6 Ferring will now seek registrations and manufacture heat-stable carbetocin. The parties will work together with the aim of making heat-stable carbetocin available at an affordable and sustainable price in the public sector of low- and lower-middle income countries that have a high burden of maternal mortality.

* The availability of heat-stable carbetocin is subject to regulatory review and approval in relevant countries.

About the CHAMPION trial1
CHAMPION, (Carbetocin Haemorhage Prevention), the largest clinical trial in the prevention of PPH, was a double-blind, randomised, non-inferiority trial designed to compare the effectiveness and safety of investigational heat-stable carbetocin to oxytocin in the prevention of PPH after vaginal birth. The trial, conducted by the WHO Department of Reproductive Health and Research including the UNDP-UNFPA-UNICEF-WHO-World Bank Special Programme of Research, Development and Research Training in HRP, enrolled nearly 30,000 women in ten countries including Argentina, Egypt, India, Kenya, Nigeria, Singapore, South Africa, Thailand, Uganda and the UK. Heat-stable carbetocin was researched and developed by Ferring Pharmaceuticals and the CHAMPION trial was funded by MSD for Mothers.

Results demonstrated that heat-stable carbetocin is clinically non-inferior to oxytocin for the primary outcome of ≥500 ml blood loss or additional uterotonic use. The frequency of blood loss of ≥500 ml or additional uterotonic use was 14.5% in the carbetocin group and 14.4% in the oxytocin group (Relative Risk (RR): 1.01 95% confidence interval (CI) 0.95 to 1.06), consistent with non-inferiority.

Non-inferiority was not demonstrated for the second primary outcome of blood loss of ≥ 1,000 ml (1.51% carbetocin group vs 1.45% in the oxytocin group, RR: 1.04, CI: 0.87 to 1.25); however, the trial was underpowered for this outcome. There were no significant differences between groups in other measures of bleeding or in adverse effects.

About Ferring Pharmaceuticals
Ferring Pharmaceuticals is a research-driven, speciality biopharmaceutical group committed to helping people around the world build families and live better lives. Headquartered in Saint-Prex, Switzerland, Ferring is a leader in reproductive medicine and women’s health, and in speciality areas within gastroenterology and urology. Ferring has been developing treatments for mothers and babies for over 50 years and has a portfolio covering treatments from conception to birth. Founded in 1950, privately-owned Ferring now employs approximately 6,500 people worldwide, has its own operating subsidiaries in nearly 60 countries and markets its products in 110 countries.