These UAE Jobs Will Not Lose It's Significance In The Next Coming Decade..!
Category: JOBS 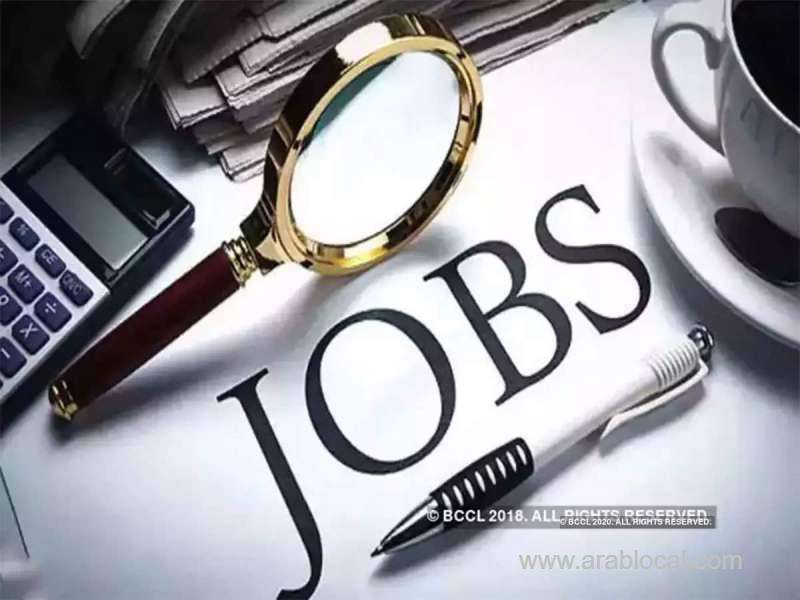 Do you want to work in the most in-demand positions in the UAE? If you enjoy working with programming software, data, and technology, there's excellent news. According to a list recently published by the Ministry of Human Resources and Emiratization (MOHRE), the majority of jobs in the UAE in the next ten years will be focused on Artificial Intelligence, Machine Learning, and automation. According to a new poll conducted by Robert Half, a recruitment consultancy firm, nearly two-thirds of UAE employees, or 65 percent, plan to hunt for a new job in the first six months of 2022, as the drive for greater salary and better perks takes hold.

Data scientists and analysts are in high demand to assist navigate a disruptive marketplace ruled by big data. As a result, demand for positions such as Data Analysts, Data Engineers, and Machine Learning Specialists is increasing, placing them among the most in-demand jobs in today's economy.

"The UAE labour market is undergoing constant changes as a result of rapid technical breakthroughs and sophisticated approaches," the Ministry wrote on its social media accounts on January 6, highlighting the jobs that would be in demand in the UAE. What occupations will be available in the UAE in the next ten years?"

According to Billy Bilton, Senior Recruitment Consultant at HAYS Technology, the most popular fields are mathematics, physics, computer science, and statistics, with the majority of employment jobs focusing on Artificial Intelligence, Machine Learning, and Data science and analysis.

Billy Bilton further added that ‘You'll need some form of quantitative and analytical background for most of these occupations, as well as the ability to analyses and acquire structured and unstructured data.’.

Occupations in demand will be:

The first role mentioned by MOHRE in the list of jobs was that of scientists.

A data analyst was included as the second occupation on MOHRE's list. According to Bilton, this position would necessitate a thorough understanding of software development, as well as programming in languages like SQL (Structured Query Language), XML (Extensible Markup Language), and JavaScript (another programming language).

In discussing the function of a Machine Learning specialist, Bilton stated that applicants for such positions would need to be familiar with Artificial Intelligence frameworks such as TensorFlow or PyTorch in order to build algorithms and programmed software. Knowledge of the cloud computing sector is also advantageous.

"This would relate to someone who can integrate and implement AI algorithms into software applications, as well as have knowledge of various technologies and techniques, as well as a thorough understanding of data science," Bilton explained.

5) Specialists in eCommerce and marketing techniques

While this position would necessitate the expertise of online sales methods, it would also benefit from a computer science background. "This will be someone who knows how to work on numerous platforms engaged in digital transformations and is an expert in online sales techniques." A degree in online sales and marketing, as well as a background in computer science, would be great, as they will be working with technical development, branding, and design teams.

This role would likewise include data collection, sorting, and analysis, but on a much wider scale — whether it's a multinational brand's consumer base or a country's demographic.  This candidate would need to analyses large amounts of data, "therefore a bachelor's degree in computer science or information management would be essential, as would expertise in a data-centric or analytical industry. While dealing with data models and database design would be necessary, data mining and segmentation techniques would also be essential. Along with that, you need to have knowledge about programming languages like SQL, XML, Javascript, etc. so the person with statistics or an analytical background would be perfect, Bilton said.

These are the industries where the money is being invested, with most enterprises heading in the direction of automation and technology.

Many businesses are aggressively investing in machine learning and data analytics, and this trend is set to continue in the next years. Giving computers the ability to learn from data not only allows them to automate jobs and increase efficiency but also allows them to better understand data. And, as we all know, data is at the heart of today's business decisions.

From Data Architects to Data Engineers to Data Analysts to Data Scientists, data science careers provide a diverse range of employment tasks and titles. They must constantly update their technical abilities in order to stay current, and those with relevant programming language competence are more likely to get hired for high-paying positions. Machine Learning, on the other hand, is a subset of Artificial Intelligence, and the terms are frequently used interchangeably. These are people that have worked with analytics, statistics, mathematics, and engineering to develop models that can be utilized to create a code language that the machine can use to learn from large amounts of data.