In UAE Top 10 Movies To Watch This Weekend
Category: Entertainment 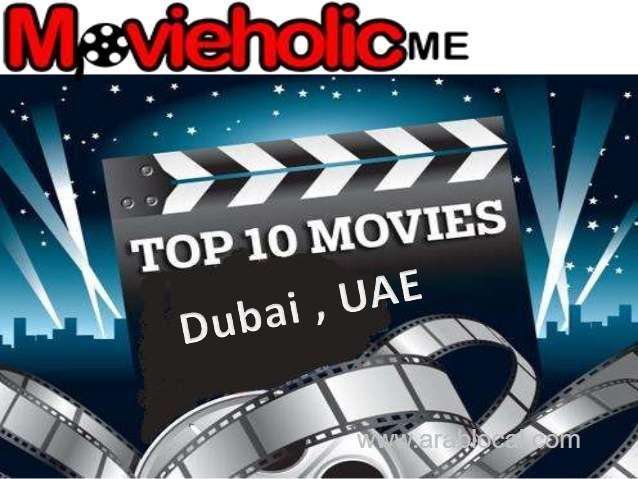 We have a great selection of new movies released this week. Among the movies, the top attraction is Jurassic World: Fallen Kingdom, followed by Kaala, Deadpool 2, Veere Di Wedding and many others.

Featuring the lives of Tirunelveli based Tamils who live in Mumbai. Kaala also landed in Mumbai in his childhood, where he becomes a powerful don in the slums of Dharavi. Starring: Rajinikanth, Nana Patekar, Samuthirakani

The true story of the infamous prison break of Gary Tison and Randy Greenwalt, from the Arizona State prison in Florence, AZ, in the summer of 1978. Starring: Robert Patrick, Heather Graham, Bruce Davison

An investigative reporter teams up with a police officer to solve the mystery of why a seemingly good man murdered her sister's family. Starring: Jessica Lowndes, Joe Anderson, Lin Shaye

Sid & Aya: Not a Love Story

It follows Sid who suffers from insomnia and meets Aya who he hires to accompany him in his sleepless nights. Starring: Anne Curtis, Dingdong Dantes, Gabby Eigenmann

Max, a macho, solitary Rottweiler police dog is ordered to go undercover as a primped show dog in a prestigious Dog Show, along with his human partner, to avert a disaster from happening. Starring: Natasha Lyonne, Will Arnett

It is the second of the Star Wars anthology films, following 2016's Rogue One, and it explores the adventures of a young Han Solo and Chewbacca, including meeting Lando Calrissian. Starring: Alden Ehrenreich, Woody Harrelson, Emilia Clarke, ?Donald Glover

A coming of age story revolving around the lives of four childhood friends, Kalindi, Avni, Meera and Sakshi. The film is set against the backdrop of Delhi, where the girls are born and brought up, and follows their trials and tribulations in the modern day world, regarding family acceptance, marriage and societal perceptions. Starring: Kareena Kapoor, Sonam Kapoor, Swara Bhasker, ?Shikha Talsania

The story revolves around the death of Vavachan Mesthiri in a coastal village in Kerala. It showcases the events that unfold between two evenings and looks at death from different perspectives. Starring: Chemban Vinod Jose, Dileesh Pothan, Vinayakan