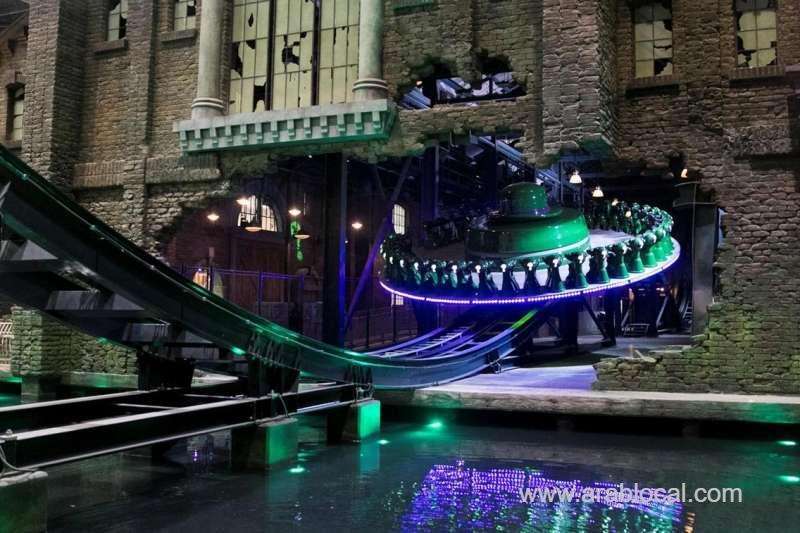 Dine with your favourite superheroes and cartoon characters for the first time in the region.
Warner Bros. World Abu Dhabi, the world's largest Warner Bros. branded indoor theme park, is putting the final touches on the Park ahead of its July 25, 2018 grand opening.

In addition to the final finishing touches, the park is currently undergoing operations training, ride safety checks and quality assurance testing across all restaurants and shops to ensure a
seamless experience for guests.

When the highly-anticipated theme park opens its doors later this month, guests will be transported to six designed lands including DC's Metropolis and Gotham City, as well as Cartoon Junction, Bedrock, Dynamite Gulch and Warner Bros. Plaza.

"We are at a very proud milestone here on Yas Island. The development of the iconic Warner Bros. World Abu Dhabi is at its last stages with final finishing touches being made. The whole team, along with our partners, is working tirelessly to make sure the park is at complete readiness when it opens its doors to the public on July 25," said Mohamed Abdalla Al Zaabi, CEO of Miral."From the immersive lands and thrilling rides, to experiencing interactive attractions and meeting some of their favorite characters like Batman and Bugs Bunny, Warner Bros. World Abu Dhabi complements the wide range of award-winning leisure and entertainment attractions already on offer on Yas Island for visitors from all over the world," he continued.Chefs are hard at work training staff and fine-tuning operations as they get ready to serve the finest fare.

In addition to its many grab-and-go and sit-down options, the park is the first in the region to
offer guests a chance to enjoy a personal visit to their table from some of their favorite characters.

The 1.65 million sq. ft. park promises captivating experiences, bringing together some of the world's most iconic characters and stories under one roof for the first time in the region.