Dubai: A horrific traffic accident on Monday morning left three people dead and 44 injured in Abu Dhabi.
The major accident occurred at 7.30am when a bus and two vehicles collided on Al Shawamekh Bridge heading towards Abu Dhabi, according to police.

The Department of Transport in Abu Dhabi also urged motorists to drive carefully and not to use mobile phones while driving.

The Central Operations Department received the report of the deadly collision at 7.30am as commuters made their way to work during extreme dusty weather conditions. 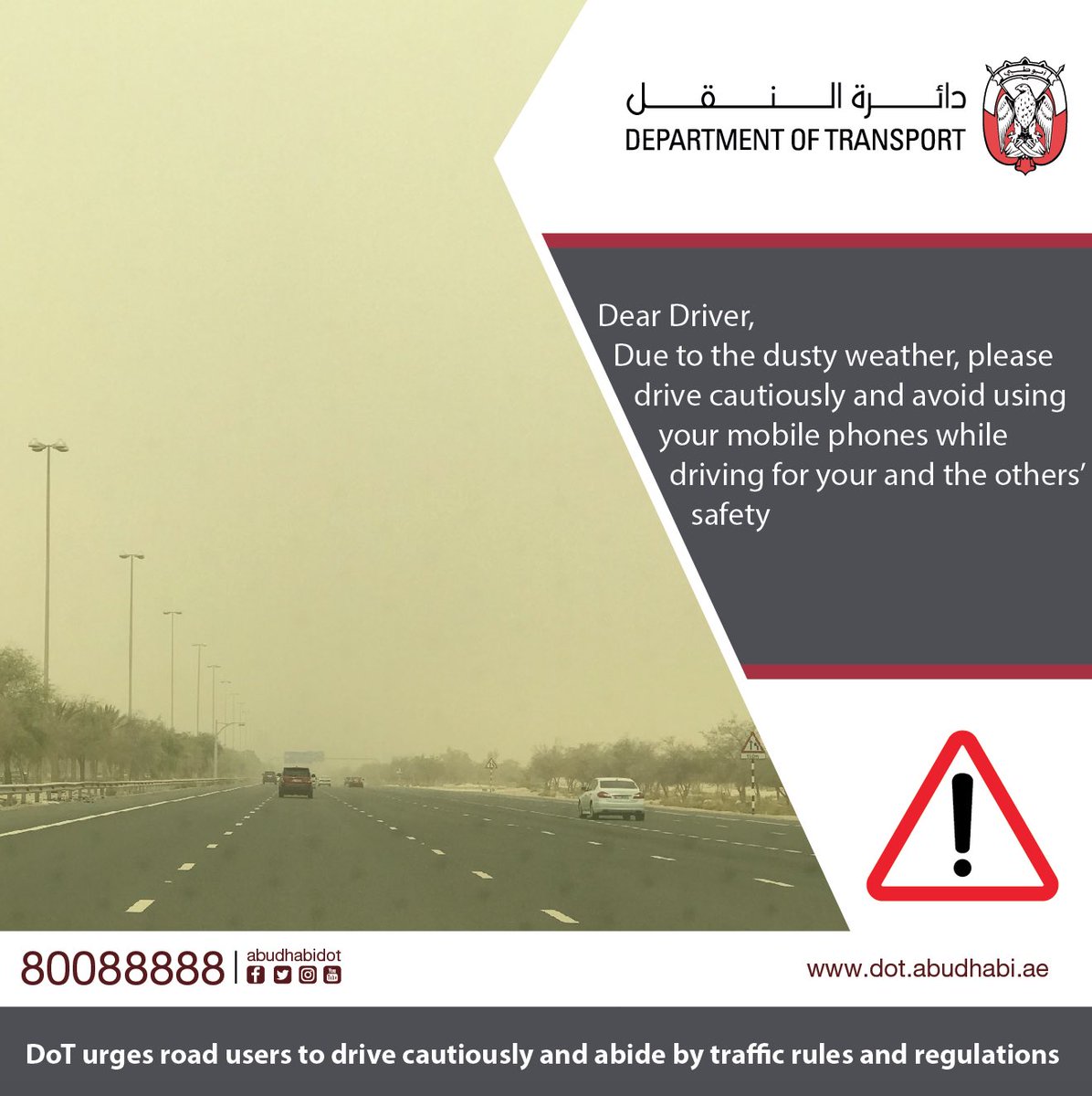 Police patrols and ambulances were immediately dispatched to the scene, and transferred the injured to Al Rahba and Mafraq hospitals.
Brig Al Dhaheri warned motorists to adhere to the traffic law and follow the speed limit, to leave a safe distance between vehicles, to exercise caution when changing lanes and in the event of an emergency, not to stand outside the vehicle when parked on the hard shoulder.
Abu Dhabi Police issued an alert for motorists to take extra caution while driving due to dusty weather conditions on Monday morning, after road visibility was significantly affected across the UAE.