Prices For One-way Flights To India From The UAE Hit Dh3,000 In July
Category: Travel 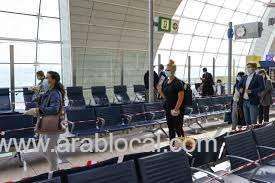 The passengers on key international routes in India, including those to the UAE, are close to pre-pandemic levels.

Tata Sons' national carrier, Air India, will hit pre-Covid numbers on its flights to the UAE at the end of this month, according to P. P. Singh, the regional manager.

Even the most optimistic forecasts of demand returning from India have failed to match the arrival of some low-cost carriers that have already reached 2019 numbers.

The Emirates airline reported in April that its India flights had a seat factor of 95 percent. Adnan Kazim, the carrier's Chief Commercial Officer, said that demand is exceeding available capacity.

For the Indian government to meet the seasonal spikes in demand, Indian airlines have urged an increase in bilateral rights for foreign flights with the UAE.

An Indian airline source told me that they hadn't expected such a surge in demand for services all at once. Since some bilateral agreements were signed almost 15 years ago, the number of seats and flights available on the market has dramatically increased."

As a result of the high airfares, airlines that fly between India and UAE have benefited in the short term. Unfortunately, it has already backfired on them. During the peak summer months, airlines are charging around Dh2,000-Dh3,000 (one-way) for flights to India, so many UAE residents have turned to Armenia and Georgia instead.